There are 26 cameras for Wei Shen to hack around Hong Kong.

Hacking all of the cameras will award the player with the Hong Kong Super Hacker achievement.

Dating Not Ping will show the locations of the cameras on the minimap.

There are also other cameras to hack that aren't part of the drug busts, but also counts.

(*) = Cameras that must be hacked as part of a drug bust. 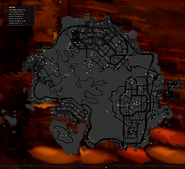