"Part of a set of twelve. One for each animal of the Chinese calendar."
―Sifu Kwok on the rat statue

The statues originally belonged to Sifu Kwok, but 11 of them were stolen from his martial arts academy by a former student. Sifu only had the rat left.

There are 11 Jade Zodiac statues for Wei Shen to find. 8 can be found at any time in the game after meeting Amanda, allowing the player to access powerful moves early on in the game. Every time he returns one to Sifu, Sifu shows his gratitude to Wei by teaching him a new martial arts move. They will also discuss various topics as well, such as what it was like in the United States, Wei's current state of mind, advice on how to see the future, whether San Francisco or Hong Kong feels more like home, whether Wei is now ready to confront his fears, and more.

Dating Tiffany Kim will show the locations of the statues on the minimap. 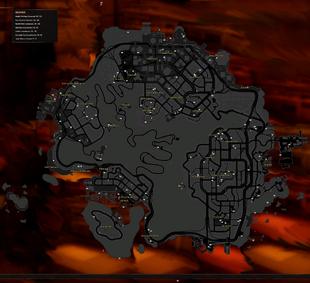 The completed collection of statues, behind Wei.
Community content is available under CC-BY-SA unless otherwise noted.
Advertisement